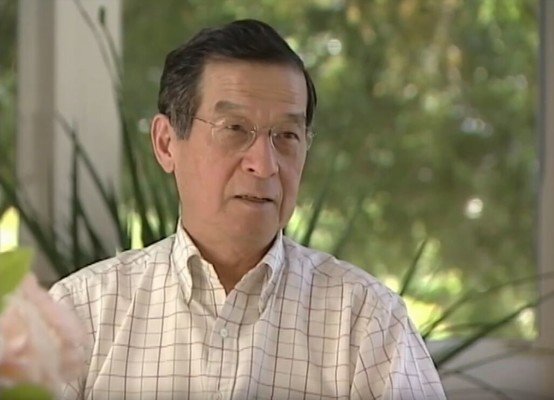 I was born in Hong Kong in 1936. My early education at the True Light Elementary School was interrupted by the Japanese occupation of Hong Kong during the Second World War.After the War, I entered Wah Yan College, from which I graduated in 1952. As my older siblings had entered business, banking, insurance, and law, my father told me to study medicine. I graduated from the University of Hong Kong in 1958 with an MB, BS degree. After a two-year internship and residency at the Queen Mary Hospital Department of Medicine, I decided to forego the then conventional medical path that led to study in the UK and the MRCP. exam. Instead, influenced by Professors Alec McFadzean and David Todd, I pursued the study of hematology in the US I joined Frank Gardner at the Peter Bent Brigham Hospital, where my interest in research began. From Boston I went to the University of Pittsburgh to complete my clinical training under Jack Myers and then to MIT to learn hemoglobin chemistry under Vernon Ingram.

The first day I started at the Brigham, I met Alvera Limauro, who also started work in the Gardner laboratory on that day. We started dating two years later and married in 1964 in Boston.

From MIT we moved to Montreal, where I obtained additional hematology training under Louis Lowenstein. As fate would have it, that fellowship determined my future research interests. I was called to consult on a newborn who died of a severe anemia immediately after a premature birth. Previously, this condition was described by Lie-Injo Luen Eng of Indonesia as a severe hydrops due to a-thalassemia. Little was known about this disease, and I thought it would be interesting to investigate it.

After working briefly again with Frank Gardner at his new laboratory at the University of Pennsylvania, David Nathan, a former colleague from Brigham Hospital, invited me to join him to study thalassemia at the Boston Children's Hospital. I welcomed the opportunity to pursue my interest in thalassemia. At Children's Hospital I used the system devised by John Clegg and David Weatherall to study protein synthesis in various thalassemic conditions, and we helped to define the different thalassemia syndromes. Bernard Forget brought to the laboratory a new technology to study globin RNA. During the early 1970s, reverse transcriptase was discovered by David Baltimore at MIT, and his postdoc Inder Verma showed how it could be used to generate cDNA from the globin mRNA. Although this was an exciting period in Boston, I left to accept a position to head the Hematology Division at the San Francisco General Hospital in 1972.

Andree Dozy, who joined my laboratory at the Children's Hospital, moved with me to San Francisco. We learned reverse transcription from the University of California, San Francisco laboratory of Michael Bishop and Harold Varmus and used it to study the gene structure of the thalassemia syndromes. Since newborns like the one I saw in Montreal did not have any a-globin, we suspected that there was something wrong with the a-globin gene. We used the cDNA to study the a-globin gene and showed that, indeed, the a-globin gene was lost in patients with this type of thalassemia. This was the first time a gene deletion was defined in a human disease. We immediately translated this finding to a clinical test as we soon encountered a patient who had had a previous fetus with this lethal condition. We did a DNA test on the cells obtained from the amniotic fluid during pregnancy and determined that the fetus carried just the trait and was not affected by the severe homozygous condition of her previous child. This was the first time a DNA test had been used to diagnose a human condition.

We also used Southern blot analyses to analyze the gene structure of various a-thalassemia syndromes. Using a mixed a- and a-globin cDNA probe to study a patient with a-thalassemia who also had sickle cell anemia, noticed that there was an unusually large fragment of DNA that contained the a-globin gene on digestion with a restriction enzyme. With additional analysis, we determined that it was due to a single nucleotide mutation at a sequence downstream of the a-globin. As we studied the DNA of other patients with sickle cell anemia, we noticed that a majority had this larger fragment. Thus, we could use this finding to indirectly detect the sickle mutation. Thus began the use of DNA polymorphism as linkage analysis of human diseases, and this approach has now been used for gene discovery as well as for what is now known as the single nucleotide polymorphism to study evolution and pharmacogenetics in various genetic traits.

My present work continues the search for DNA tests. It has been known for some time that a few fetal cells do leak into the mother's circulation. We are trying to identify and use these cells for diagnosing fetal conditions. I am also engaged in research to study various genetic approaches to treat thalassemia and sickle cell anemia and to use gene therapy to treat human genetic diseases.